A fleet of learner cars gathered to pay tribute to the founder of Castle Driving School who died last week.

Colin Diaper was escorted to his funeral by his own learner cars.

His daughter, Shirley Pearce, said: "We thought it would be a fitting tribute, and it's something Dad would have loved."

"He was only 21 when he started teaching and he used to try to make himself look older by wearing a trilby hat and pencilling in his moustache to make it look thicker."

"He always had funny stories about pupils he had taken out years ago. and he and Derek Newman, his oldest instructor, used to spend hours laughing about the old days." 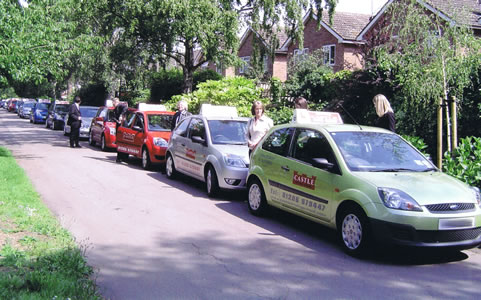