Have a great retirement Derek!

In April 1966 Derek Newman was the first person that Colin Diaper, the founder of Castle Driving School, got through his driving test. Colin then bumped into Derek in 1973 and suggested that he became a driving instructor with him at Castle. Derek initially worked part time from October 1973, but in April 1974 he bought his own car and went full time. Derek has worked for Castle now for 39 years and as from Friday 5th April he will be 'taking off his L Plates' and retiring. Derek has been a fantastic asset to Castle and I always joke with people that he is part of the wallpaper, but this is so true. He has taught 1000's to drive, some of which have been from 3 generations from the same family. Derek is very well respected by other instructors and examiners. 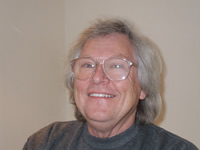 We will all miss you Derek and wish you many, many years of healthy retirement.